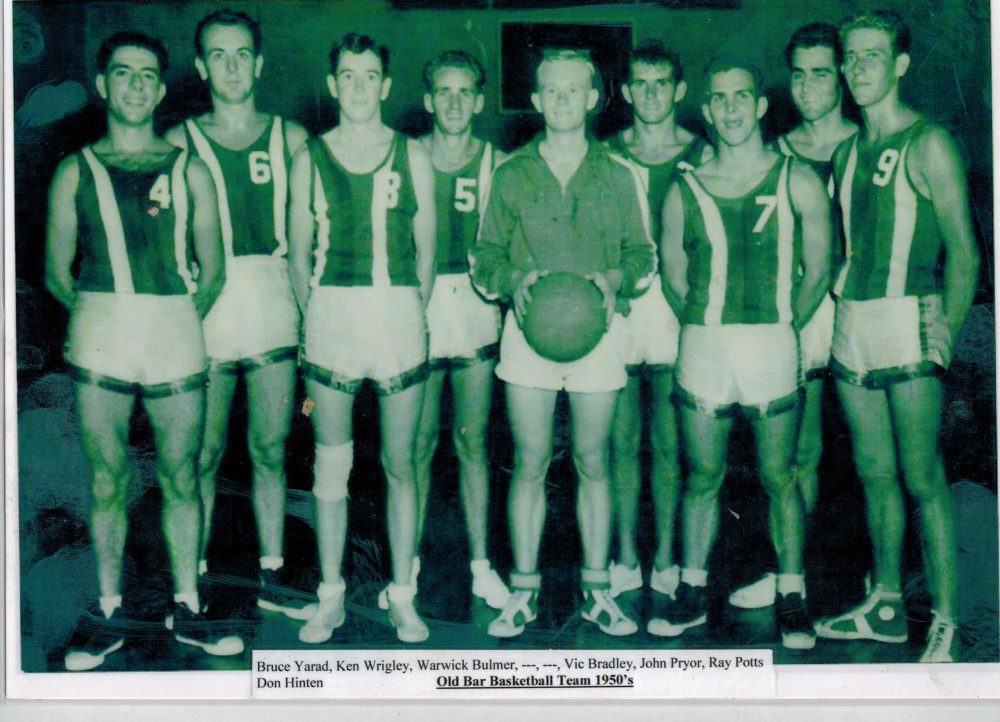 Basketball has a long history in the Manning. First playing in the Belmore Hall in Pultney St,Chatham Tennis Courts, Anderson’s Tennis Courts then the Army Barracks at Chatham

Pictured above- One of the first teams, with a few well know Taree gentlemen

Gary Brown and Vern McKay were the driving forces of the building of the stadium, and without their passion for the sport, it would have never become a reality.

Basketball started in the early 1950’s with games played at the Belmore Hall, it was about where Alcorns Sports store is now situated

A Chat with Bruce Yarad

During the construction of the stadium there where a number of setbacks. The stadium had to be raised off the ground due to flood levels and this extra cost caused setbacks. Hence the building sat idle for a period of time. At this stage the building had the bearers and joists down, but no floor boards. The community rallied! Glen Bennet was the President of the association and his father was the head teacher of Building at TAFE in Taree. The floor boards got laid by a number of apprenticesof that era.
The Association was able to gain a loan from the Local Council, secured by two prominent business families, Yarads & Hackneys.
There were numerous people of the era that put their time and energies into the association and the stadium. Among them were Alan Brown, Peter Sheppard, Paul Healy, Garry Stephen, Ann Sheppard, Sue Stanley, Bernie Slattery, Paul Stanley and many more.
Building continued, and even though amenities could not be done basketball started playing in the stadium.
The Taree Sims Metal Tornadoes
The 1980’s 90’s 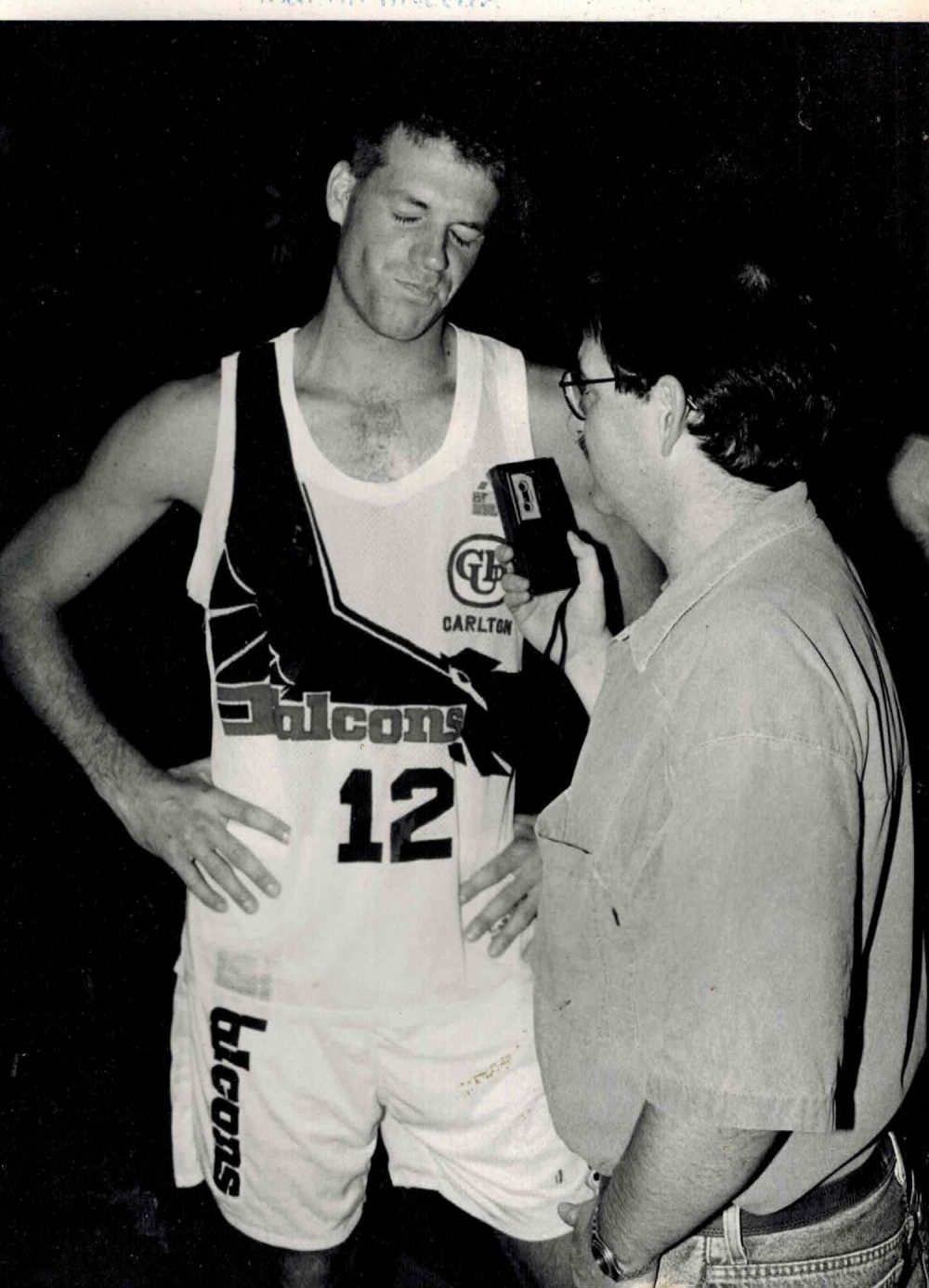 Marty Mclean being interviewed by

Wow, Taree Tornadoes had 3 American imports on the Tornadoes rosters, a coach that would go onto coach in the NBL and 5 players that would carve out careers in the NBL. It was BOOM time!
State League games drew large crowds and the local TV crew would be at most matches. 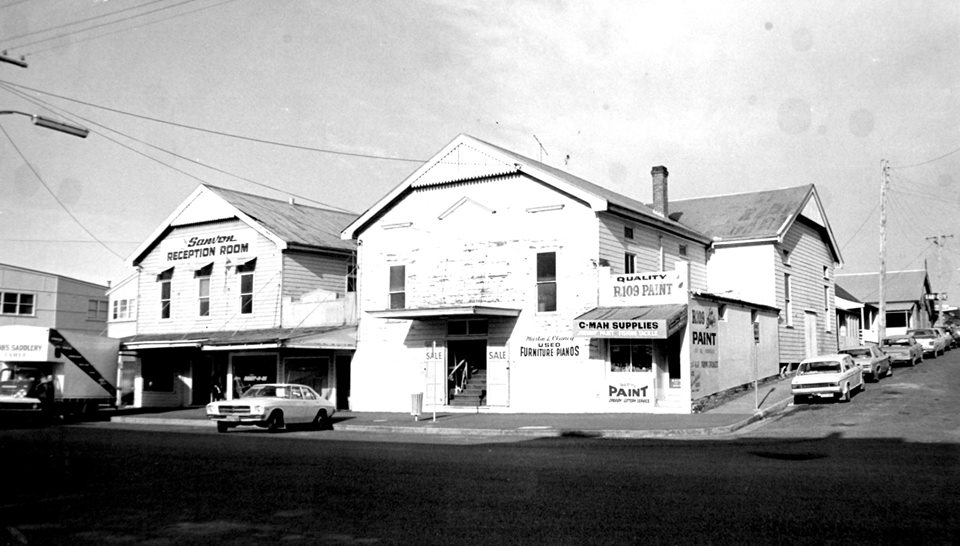 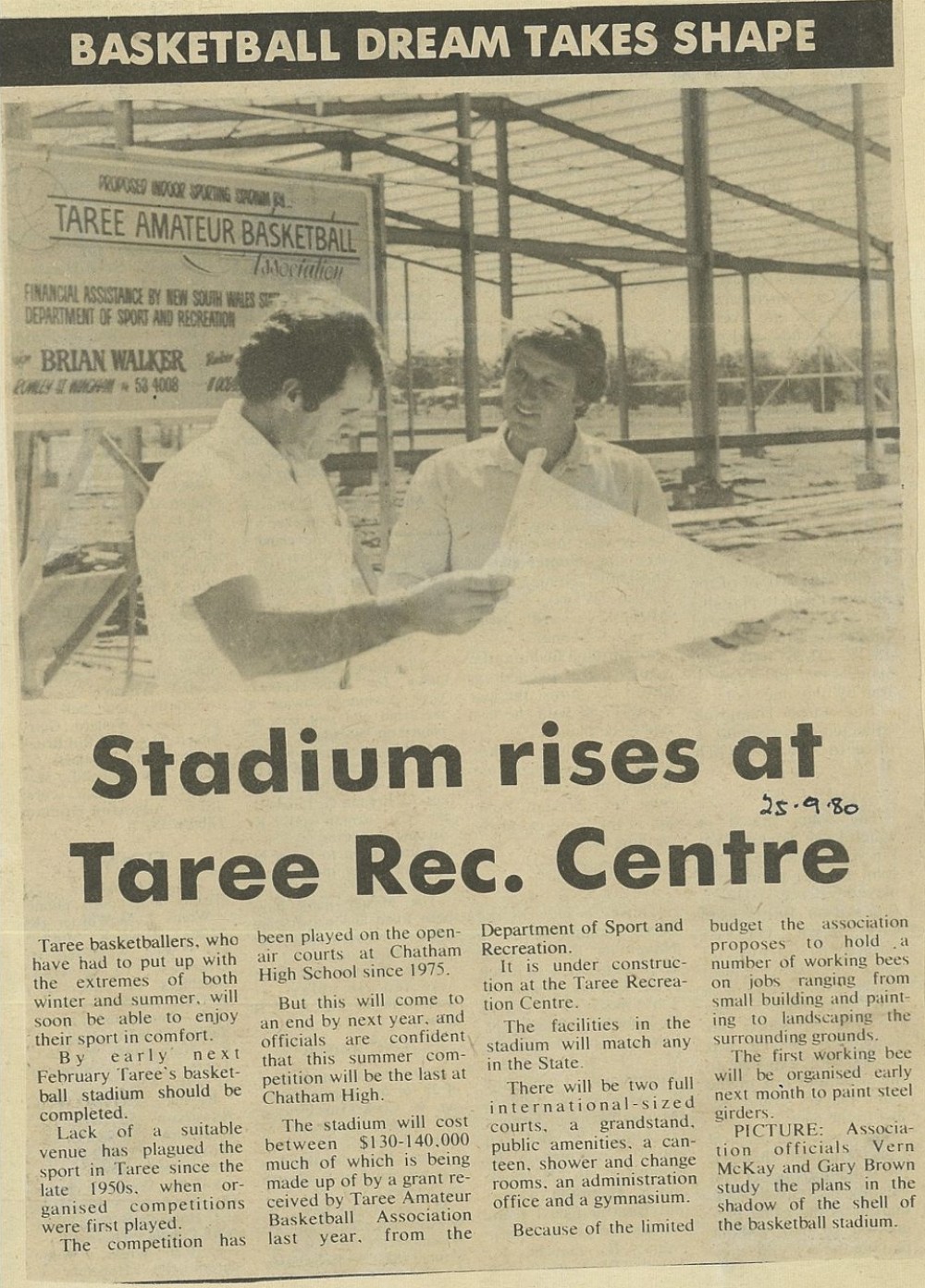 Basketball is once again gaining momentum, competitions are filling, playing standards are rising and the youth of the Manning are wanting to play Basketball.
Taree Basketball’s, Steve Atkins is President of the  board, and this is a game changer. Steve’s corporate knowledge, experience and contacts send Taree Basketball and the Tornadoes on a fast paced expansion. Facilities are renovated, upgrading of logos and uniforms, all bring new enthusiasm to the stadium and the club.
Grant applications for more courts are submitted, with the aim of bringing major events to the Manning while catering the much needed court time for the now multipurpose Iron Arena. 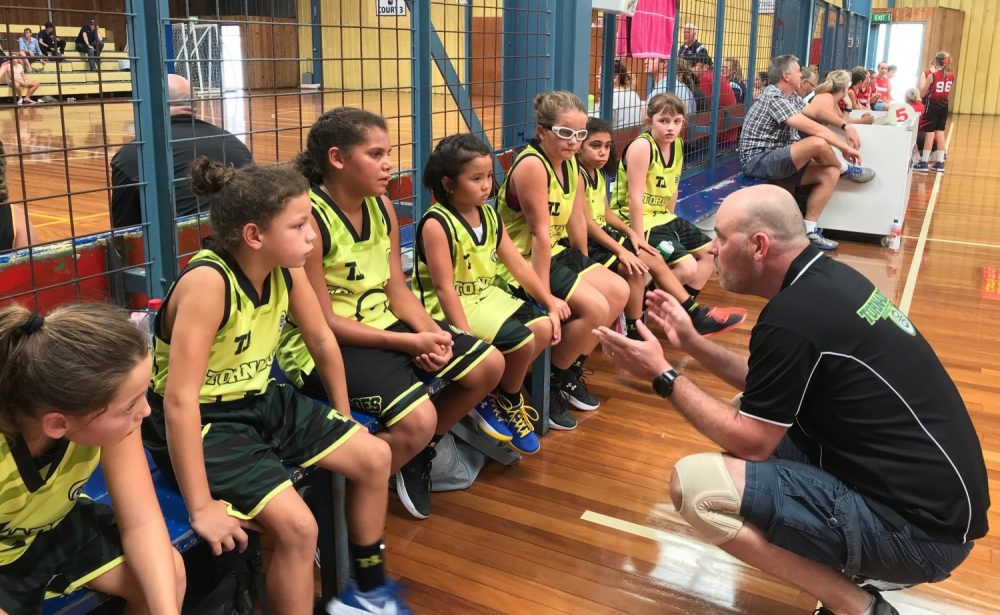